Why Do Locusts Swarm?

Why Do Locusts Swarm? 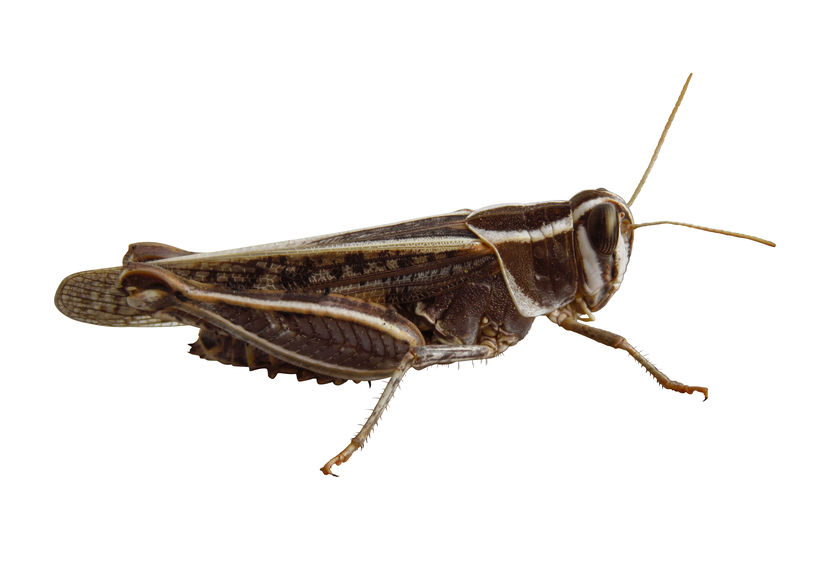 Locusts are very similar to grasshoppers, but they gather in large swarms and cause untold destruction. However, locusts swarms are not the norm. A single locust will live a sedentary, solitary lifestyle like many of its grasshopping cousins. For some reason, locusts can sense whenever their population density increases and they become attracted to each other, eating more, and even developing faster.

This usually happens when you have a sudden rainfall or flooding, which indicate that food sources are about to increase. It is in these conditions that thousands, millions and sometimes billions of locusts become attracted to each other. Even more interesting, when locusts start to swarm, they may also change color.

Some species will also become migratory, and travel long distances in order to find food. One of the most well-known species, and one of the most devastating examples of this, is the desert locust or the Schistocerca gregaria. Desert locusts will swarm and fly, consuming entire regions of crops. The swarms are particularly enormous, and they devastate the farmers that rely on these crops for their livelihood.

Of the 20 or so species of locusts in the world, all of them go through a dramatic transformation as soon as they start to swarm. Scientists refer to this as going from the solitary phase to the gregarious phase. The phase shift is instigated by different signals depending on the species. The “gregarious” name is also not a metaphor. Both desert locusts and the Australian plague locusts react to the sight and smell of other locusts in their proximity, but they enter the gregarious phase when they are touched either on the hind legs or the antennae, respectively. This triggers a release of serotonin, which is a mood chemical that is also present in humans and is responsible for positive emotion.

This phenomenon of having two wildly disparate behavioral phases is also known as phenotypic plasticity, which refers to the phenomenon where the genes of an animal do not change, but their behaviors and physiology does in response to outside stimuli. This phenomenon is also present in humans to some degree.

Some researchers believe that this phase change was evolutionarily developed millions of years ago, as the northern part of the African continent switched from tropical forest to desert. It was at this point that locusts had to adapt and swarm from one oasis to another, and then switch back to a solitary phase.

By understanding the biology of the locust, scientists hope to understand how to deal with them as a very damaging agricultural pest. However, these studies also play a role in the classic debate of nature versus nature, and trying to understand which has more of an impact in the development of an individual – the genetic material or the environment. Seeing how some locust plagues can last for years, and they can do severe financial damage to a region, there is a lot of incentive in understanding how to stop locusts from swarming or at least control them when they do.