COVID19: Yes, we are open! See how we’re preserving the health of our customers and protecting their property.
Tropical Fire Ants Often Establish Multiple Nests Within Homes

While it is well known that non-native and highly venomous ant species have established invasive habitats in certain areas of the southern US, including the red-imported fire ant in San Antonio, few people are aware that native fire ants in the US have established invasive habitats in other countries. For example, Solenopsis geminata is a native fire ant species within the US that has become well established on multiple continents, including South America, Australia, Asia and Africa. This fire ant species is more commonly known as the “tropical fire ant,” and while its native population in the southern US has been somewhat displaced by red-imported fire ant migrations, the tropical fire ant can still be found in San Antonio where they occasionally invade homes.

Have you ever heard of tropical fire ants? 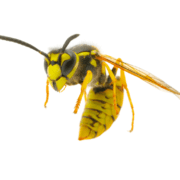 Pavement Ants Are Ubiquitous On Sidewalks And Driveways, But They Are Also Known For Invading Homes Where Eat A Variety Of Foods And Nest Within Wall Voids

Why Are Fire Ants Attracted To Electronics, And Which Electronic Devices Do The Ant Pests Damage Most Frequently On Residential Properties In San Antonio?

How To Know If The Woodwork In Your Home Is Vulnerable To Damaging Powderpost...