Last May, Molly Keck, an entomologist with the extension service at Texas A & M, was already receiving an unusually high number of calls from San Antonio residents concerned about flea pests. By the end of July, fleas had already transmitted murine typhus to 56 residents of Bexar County alone, but typhus-carrying fleas are not necessarily new to residents of San Antonio and the rest of Bexar County. In fact, fleas are transmitting typhus throughout the entire state of Texas, but the highest rates of flea-borne typhus are being reported in Dallas, Austin, Houston, San Antonio, and Corpus Christi. Flea-borne typhus cases have been increasing for the past decade in central and south Texas, and the number of Bexar County cases reached 101 last year. During January of 2017, fleas had already become abundant in San Antonio, as the unseasonably warm winter failed to kill off the massive flea population that resulted from the wet and rainy 2016 summer. Many experts agree that the progressively warmer winters are to blame for the increase in flea infestations and murine typhus outbreaks in Texas.

Fleas acquire murine typhus after feeding on the blood of animal carriers, such as raccoons, rats, opossums and many others. Flea infestations occur frequently in San Antonio homes due to the abundance of fleas in residential yards. When dogs, cats and humans walk in their yard, fleas are waiting to jump onto fur, skin or clothing in order to hitch a ride indoors. Once indoors, fleas begin feeding on the blood of humans and pets, allowing infected fleas to transmit diseases, most notably murine typhus. However, due to the unusually high flea population in San Antonio, the pests invade businesses and public buildings frequently as well. For example, an extensive flea infestation in the old downtown San Antonio courthouse was one of several reasons as to why the building was removed to make way for a new courthouse building. In order to avoid flea infestations, dogs and cats should receive regular flea prevention treatments, and humans should keep their legs well covered while walking on grass.

Are you concerned about sustaining bites from typhus-infected fleas? 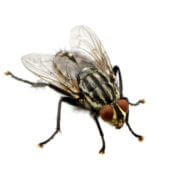 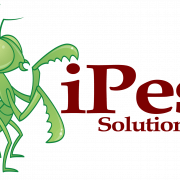 Factors That Make Homes Vulnerable To Clover Mite Invasions, And At Which Time...

Argentine Ants Can Continue To Be Problematic Indoor Insect Pests During The...
Schedule Your Free Inspection
Scroll to top