COVID19: Yes, we are open! See how we’re preserving the health of our customers and protecting their property.
identify The Cockroach Species Most Commonly Found In San Antonio

Being one of the world’s most common household insect pests, it is not surprising to discover that there are 3,500 species that have been identified around the world. Only 55 of those actually reside in the United States, but luckily, there are only six species you need to concern yourself with in this area. The most common cockroaches you will find infesting your homes are the German cockroach, the American cockroach, the brown-banded cockroach, the smokybrown cockroach, and the oriental cockroach. Besides being a disgusting nuisance to deal with, cockroaches are also known to be a major source of household allergens and can be a problem especially for those individuals that have asthma.

The German cockroach is the one you are likely to have issues with much of the time, and is the most troublesome household cockroach. They are around ⅝ of an inch long, light brown in color with parallel brown bands that run from their head to the front of their wings. This species seeks out warm, dark areas of a house that have small cracks or crevices that allow them to crawl into dark, confined spaces, that are likely more moist areas. You can mostly find these spots near some source of water and food. While the brown-banded cockroach is similar in appearance to the German cockroach, they do not possess the parallel brown bars on the shield in front of their wings. They also have two light bands across their wings and abdomen. These pests are often found in clusters, and favor drier, warmer environments. They are particularly fond of higher spots in a house, and can be found in closet shelves, behind pictures, electrical outlets, light fixtures, appliances, and furniture.

The American cockroach is the largest of these roach species, with a length of up to 2 inches. They are generally dark red to dark brown in color with a yellow margin that surrounds the shield behind their head in addition to rimming the head itself. They are occasionally found in homes, but seem to prefer more moist, warm areas such as a furnace or boiler room often found in commercial buildings. Sewers and heat tunnels are also one of their favorite places to settle. Similar in terms of shape and size to the American cockroach, the smokybrown cockroach is uniformly reddish-brown in color and around 1 ¼ inches long. They mostly stay outside in garages, woodpiles, planter boxes, and decorative plantings, but will occasionally come inside people’s homes and find shelter in upper parts of the building such as the attic. They can also be found under shingles and siding.

The oriental cockroach is much darker in color than the rest of the species mentioned, and is somewhere between the German and American cockroach in size. It is recognizable by its very strong, unpleasant odor, and prefers dark, damp areas. It is often found in basements, cellars, and damp crawl spaces inside homes.

Cockroach prevention is pretty simple. You want to prevent their presence by keeping your home clean, uncluttered, and sanitized. All food must be kept in tightly sealed containers, and keep your kitchen and other areas free of any crumbs or leftover pet food. You also want to make sure to seal up any cracks or crevices in walls they might squeeze through, as well as fix or replace screens on windows or doors that are not tightly sealed. Fixing any kind of faulty plumbing and reducing any unnecessary possible sources of water and moisture. You can also monitor if any cockroaches enter or are hiding inside your home by using commercially available traps placed against walls in areas like basement corners, under sinks, and inside cabinets. Cockroach insecticides such as baits, dusts, residual sprays and non-residual sprays are also available at most stores.

What kind of cockroaches have you found in your home and how do you deal with them? 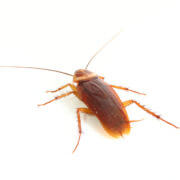 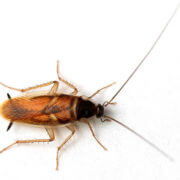 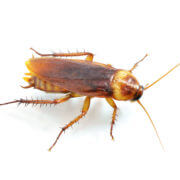 Why Do Roaches And Bed Bugs Hide Within Homes, While Spiders, Flies And Other Household Pests Don’t?
0 replies

How Do Pest Control Professionals Eradicate Spiders That Are Hiding Within Wall...

Coronavirus: Message to Our Customers
Schedule Your Free Inspection
Scroll to top