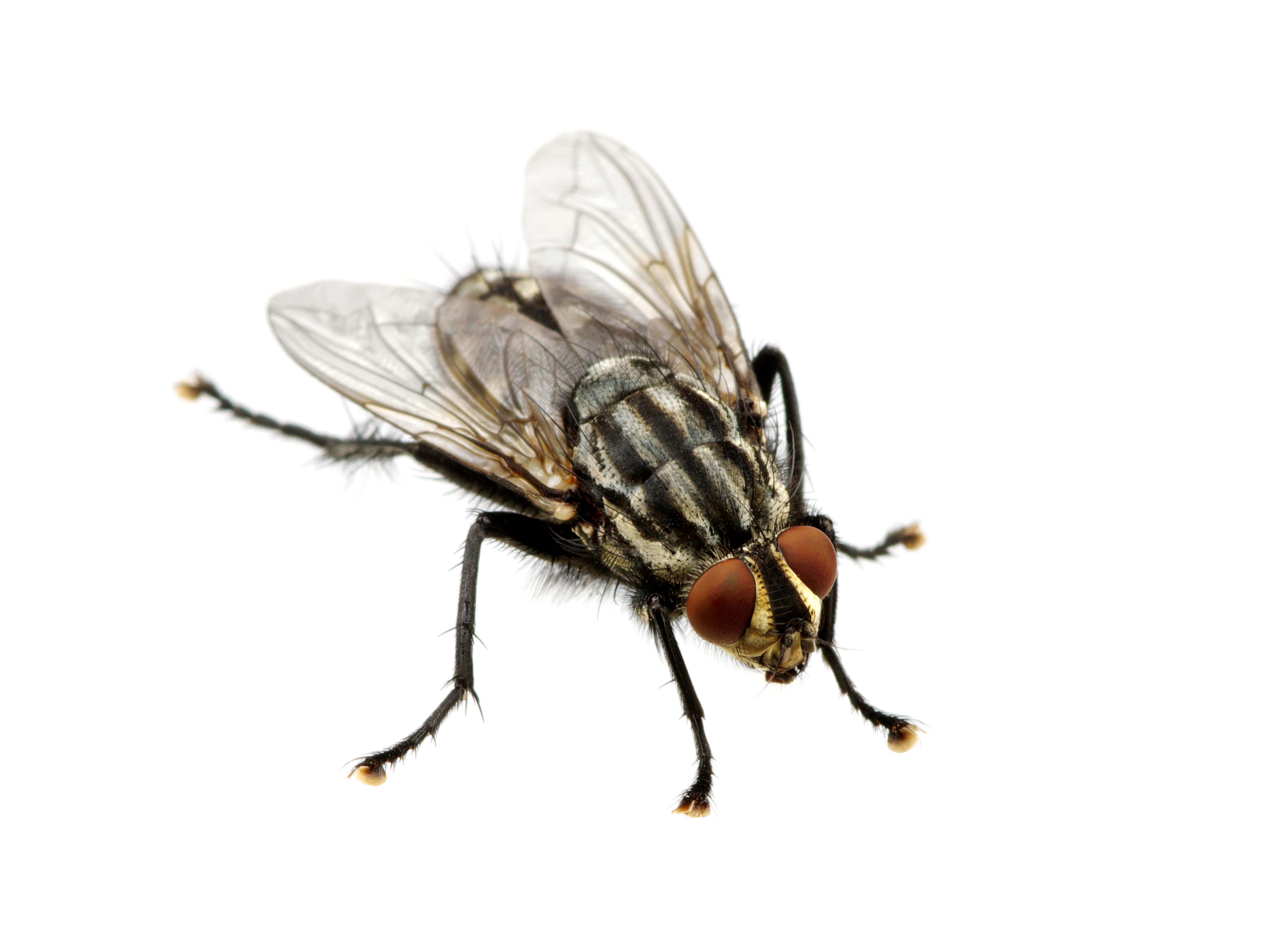 Well over 100,000 fly species in the Diptera order of insects have been documented worldwide, many of which are pests of homes throughout the US. When it comes to insect pests, the term “flies” conjures up images of common house flies and maybe similar looking biting flies, such as horse or stable flies. However, mosquitoes, gnats, midges, and crane flies are also members of the Diptera order. The Diptera insect order includes all fly species that possess a single set of wings, or two wings in total, as opposed to four-winged insects like bees, wasps, butterflies, moths, dragonflies, and many more.

A large number of Dipteran fly species are indoor pests, most of which are aptly referred to as “filth flies” due to their habit of breeding on microbe-rich sources of decaying organic matter. Because of their nasty reproductive behaviors, filth flies mechanically spread dozens of disease-causing microorganisms into homes, making them medically significant pests. Many fly species belonging to the Psychodidae family are particularly foul pests because of their common association with drain-scum, sewage, septic tanks, compost piles, and mold. These flies are commonly known as “drain flies, “moth flies,” and “sewer gnats,” and they are among the most common pests of homes.

According to a recent survey of pest control professionals located throughout the country, drain flies were the most commonly controlled fly pests within and around homes during 2016. Drain fly infestations typically occur after adult females deposit their eggs on food build up in drains or pipes, or in water sources that are contaminated with fecal matter. Drain fly infestations are often associated with faulty or overfull septic systems, broken sewer pipes, flooding, and broken garbage disposals. The scum that gathers in between floor tiles in kitchens also provides female drain flies with an ideal egg-laying site.

Drain flies are very small at only ⅙ to ⅕ inch in body length, but they can be recognized for their fuzzy body and wings, which tend to be dark in color. They also hold their wings over their head while at rest, similar to moths, and they cannot travel more than a few feet at a time due to their noticeably poor flying ability. Most drain fly infestations see the pests originate from breeding sites within drains, pipes, floor scum, and sometimes from scum deposits in garbage receptacles. If all these common breeding sites are ruled out as the source of drain fly pests within infested homes, plumbing and septic tanks should be inspected for damage.

Have you ever encountered drain flies within your home?