How To Identify Termites

How To Identify Termites 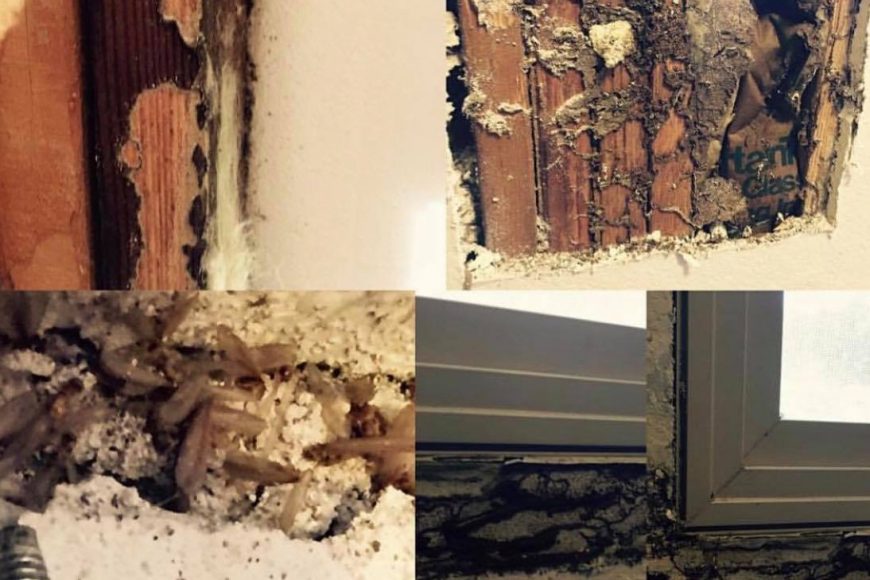 If you ever notice an insect that looks like an ant crawling in your home, you may be wondering if you are actually dealing with termites. You are not. Termite workers rarely leave their colonies, because they cannot survive outside. Termites need a lot of moisture around them in order to not completely dehydrate, and they can only find this moisture inside the colony.

However, reproductive termites, which you may know as swarmers, have wings and fly out from the nest in order to set up a new colony. It’s important to differentiate termite swarmers from ant swarmers, because both species have a similar reproduction and expansion mechanism. To start, termite swarmers have straight antennae while ants have them bent. The wing structure is also different between the two species. Both have four wings, but the ants have different lengths between the top and the bottom wings, while termites have wings that are of identical length. Finally, you can take a look at their bodies, with termites having a straight waist, while ants have a pinched waist.

Besides reproductives, termite colonies also have workers and soldiers. It is very unlikely that you will see these castes outside of their nest, but they form the vast majority of the colony, and the workers in particular are responsible for most of the damage that these insects cause.

You also have two main species of termites that are responsible for the damage that occurs in the home – drywood and subterranean termites. The latter are far more destructive than the former, and they are far more widespread.

The workers from both species have similar appearances. Termites are in the same family tree as cockroaches, so they have flat bodies with one segment, unlike ants. They are also pale/cream-colored, with an almost translucent hue. Soldiers are similar to workers, but their heads and jaws are larger, with subterranean termites being orange or amber in color, and drywood termites leaning more towards brown.

If you’ve noticed termite swarmers in your home, that means there is either a termite colony looking to set up on your property, or that there is a termite colony already present. Either way, it’s a cause for concern, and you should either check for an infestation yourself, or give us a call and have us perform a termite inspection for you.